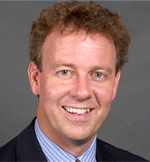 Neil McKittrick moved to Needham in 1995 with his wife, Karen Hoffman, and three children. During that time Neil’s community activities can be divided into four areas: pro bono legal work on behalf of persons with developmental disabilities; volunteer work on various educational issues; coaching youth sports; and other community activities.

Pro Bono From 1999 to the present Neil has represented persons with developmental disabilities in several lawsuits. The most prominent of these is Boulet vs Cellucci, a class action filed in federal court on behalf of approximately 3,000 adults with developmental disabilities who were on a waiting list for services to be provided by the Commonwealth of Massachusetts. The Court ruled that the Commonwealth had violated the rights of the plaintiff class to receive services under the Medicaid Act. The Commonwealth agreed to settle the case in 2001 by providing $114 million worth of services to the plaintiffs over a five year period. Neil served as the Class Monitor during that time making sure that Massachusetts complied with its obligations. In addition to the Boulet case, Neil has participated in national disability rights litigation in the US Supreme Court. As a result of his pro bono work, he has received the American Bar Association Pro Bono Publico Award and the Massachusetts Bar Association Access to Justice Pro Bono Award as well as being the Charles River Arc 2001 Honoree.

Educational Issues In 2006, Neil served on Governor Deval Patrick’s Transition Committee’s Education Working Group. Since 2003, he has served on the Advisory Committee of the Early Education for All Campaign, which advocates for affordable, high quality early childhood education. Neil also chaired the Massachusetts Business Alliance for Education Commission on Educating the 21st Century Workforce. Locally, Neil served on the Mitchell School Council while his children were enrolled there.

Youth Sports From 2000 through 2010, Neil coached each of his two sons’ Needham Little League and Babe Ruth teams, coaching two teams per season in seven of those years. In 2007, he received the Willie Noll Coaching Award presented by Needham Little League. Also, each of his three children played basketball in the Needham Basketball Association and St Joe’s in town league, and he coached 24 teams during that time. He also coached three seasons of Metro West travel basketball and eight seasons for St Bart’s CYO travel basketball team. His children played soccer in the Needham Soccer Club and the BAYS travel league where he assisted on their teams.

Community Activities Neil and his family annually work at the Thanksgiving dinner hosted by the Community Council and the Rotary Club. As a family, they participate in the Walk for Hunger and the Relay for Life. During the last two years, Neil has served as MC and auctioneer at the annual fundraiser for the Adenoid Cystic Carcinoma Research Foundation.