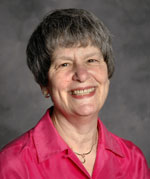 Jane Howard first came to the Boston area when she matriculated at Tufts University in Medford. After obtaining her Masters Degree at the University of Pennsylvania, Jane settled in this area for good when she moved to Needham in 1966, raising her two sons here, Dan and Jim.

Jane truly has been a trendsetter, being the 1st female president of the Broad Meadow PTC and also a member of the organization that started the Pollard PTC. Jane’s commitment to education continued with her six-year association with the Needham High School’s “Friends of Music.” Jane served as Chair of Fundraising, and in 1985 she backboned the 1st international concert tour involving over 100 High School music students. Prior to the trip, Jane helped raise $20,000 in just 6 months to help defray the costs to each student.

Jane’s commitment to education is also demonstrated in her work with “American Field Service, USA.” Prior to Jane’s involvement, this student exchange program had fallen on tough times, but in 1975 Jane helped it come roaring back to life such that each year, in just our small geographic area, AFS still sends approximately 70 High School students overseas and accepts approximately 50 students, from various countries. Jane has been the Treasurer of AFS for over 30 years.

Jane has also worked with the Needham Exchange Club’s Child Abuse Prevention Center. For many years, Jane also volunteered at the Special Olympics and at our own Charles River Association for Retarded Citizens. Jane taught “special needs” swimming classes at the YMCA as part of the school system’s “after school” program.

Beyond this educational mission, Jane has also been a 35-year member of the Needham Women’s Club. Jane served as President from 1976 –78, during which time she worked to have the Club commit to the Town’s Traveling Meals program on a weekly basis, and 35 years later, the Women’s Club continues this invaluable public service commitment.

On the Town side, for over 20 years Jane compiled and wrote the “Town Report,” which on numerous occasions received awards of recognition, including in 2003, her last year as Editor. You will also remember that Jane ran Needham’s “Mini-bus,” and she did so because of her concern (now growing) that too many of our seniors were then housebound and simply did not have the ability to get around Town. Jane also has graciously hosted dinners for two Lord Mayors from our sister community in Needham Market, England, when they were special guests of our Town. When former Lord Mayor Ian Mason was apprised of tonight’s Award in honor of Jane, he emailed the following message: “based on my interaction with Jane, I would be proud to be a member of your town, and so let the people be told.”

But of all these 40 years of giving back, Jane points to her most recent involvement with “Needham Cares” as potentially being the most rewarding. As a member of the Board of Directors of “Needham Cares,” Jane is helping to bring some small amount of relief to the victims of Hurricane Katrina in ravaged Bay St. Louis, Waveland and Pearlington, Mississippi. Jane is particularly proud of this endeavor because it involves so many Needhamites.

Finally, Jane also served on our Finance Committee and she continues her service as a 26-year member of your Town Meeting. The Foundation is honored to award the 2006 Melick award to Jane A. Howard.