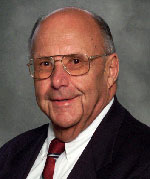 Mel Colman has served the Needham community since moving here in 1956. Mel and his wife Helen raised their two sons in Needham and have been active in town from the beginning. While Mel worked for forty-seven years at Filenes and Filenes Basement, retiring as vice president, he also served on a multitude of boards and committees throughout the years in Needham. He continues to give unselfishly to the community in his retirement. He received numerous awards and achievements during his business career, but it is his outstanding community service that we would like to honor.

Mel served as a Town Meeting Member from 1970 through 1987 and has been a long time member of the Needham Exchange Club. At one time or another, he has chaired virtually every committee in the Exchange Club including the 4th of July event, three time chair of the Sunshine Special, the Needham telephone book committee and was one of the founders of the annual citrus sale fund raiser. In 1980 Mel was honored by the Exchange Club as the Exchangite Extraordinary which is a tribute for service above and beyond most members.

Mel served on the Needham Conservation Commission from 1972 to 1984. He was asked to serve on the commission to pro­vide leadership and perspective from a business point of view. He was instrumental in the town’s purchase of Ridge Hill. He was chairman of the Needham School Re-Use Committee from 1978 to 1980 when the Stephen Palmer Center was made into apart­ments and a senior center. Mel is now on the Stephen Palmer oversight committee. He was vice president of the Needham Historical Society from 1998 to 2000 and is currently a director of the Historical Society. Mel is on the Historical Village Committee. He is currently clerk of the Needham Cemetery Committee as this committee works to keep the cemetery self-sufficient.

Mel is perhaps most committed to the Charles River Association for Retarded Citizens. He has served as a Board member since 1972 and is as passionate about it today as when he first began. In 1972 he was asked to help out the Charles River ARC and give them a business perspective. He didn’t have a vested interest in the Association but was happy to offer them his expertise. That began a commitment that has lasted for more than thirty years. He has played a role in fundraising, development, public relations and marketing. Mel was instrumental in helping citizens from the Charles River ARC get jobs and often would make sure that they got to work each day. He is very proud of the fact that several of the citi­zens that he helped out became independent, productive members of our community. Mel serves as an honorary director of the Charles River ARC today and he says that helping at the Charles River ARC is a passion in his life.

Mel as a volunteer has been described as someone who is always looking to the future and, not only has a vision for the future, but will come up with a strategy and plan to achieve the goals. He is always looking to improve what we have in our community and can be counted on to contribute a fresh perspective and new ideas. We are fortunate that Mel and his wife Helen (Cox) chose to stay in Needham. We thank him for his dedicated service to the town and we are honored to present him with the Melick Award.