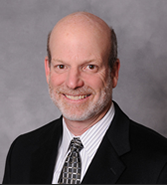 Barry Coffman moved to Needham with his wife Linda in 1989 where they have raised their three children, Alexandra, David and Scott. Barry’s volunteer efforts have been primarily focused in youth sports,community service and town government. Barry’s coaching career started when his kids were young playing soccer at St. Bartholomew. Later as they grew he spent many years rotating amongst his three children as a youth coach in NeedhamLittle League and Needham Girls Softball. He later became involved with the Needham Memorial Day Soccer Tournament, where for several years he hired and supervised the young adult field marshals.

When the Needham Sports Council began its fundraising phase for the Field of Dreams project, Barry joined the board and helped the Sports Council meet its goal of $5,500,000 in private contributions for the $7M project.  This was a transformative project for Needham youth sports improving utilization of the fields due to the addition of more durable turf fields and lights and the overall enhanced design of both parks.

Barry’s most significant volunteer activity has been as a board member and past President of the Needham Community Council.  During his 11 years on the board he oversaw the transition of the Council from its former home at 51 Lincoln St to its current location at 570 Hillside. Barry negotiated the purchase of the new building, the sale of the Council’s former building and adjacent real estate and oversaw the significant renovation of the new building. Barry was also the Co-Chair of the successful $1,000,000 capital campaign used to pay for the renovation of the Council’s new home.

In addition to the Community Council, Barry has also served as a past board member of the Needham Education Foundation and Needham Cares and is the current treasurer of Needham Steps Up.   He also recently joined the Advisory Board of Beth Israel Deaconess Needham.

Lastly, Barry has served the town as a Town Meeting member for several years and has been a Commissioner of Trust Funds.   He just recently was appointed to the Town’s Finance Committee.