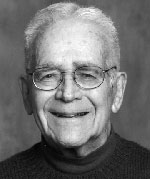 The first thing you see when you meet Al Harrington is a smile that is so ‘inviting’ that you know he is genuinely happy to see you and that you had better not plan on saying no.A Dartmouth graduate, Al and his young family moved to Needham in 1954. Both his son, Doug and daughter, Janet went through the Needham school system. He now has three wonderful grandchildren, Diane, Jeff, and Caitlin.

It took little time for Al to get involved, as he first held a term as president of the Broadmeadow School PTC; became a manager for the Major Little League team the Twins; and in the late 60s early 70s became a two term Park and Recreation Commissioner. During his tenure as commissioner, the Defazio Field complex was started and completed, Rosemary Pool was opened, lights at Claxton Field were installed and the tennis courts at Mills Field were built. As a town meeting member Al recalled the effort needed to persuade Town Meeting to go forward with the developing of the land now known as Defazio Park considered by many visitors to Needham as the finest public field complex around.

Al in his work had two careers, thirty-three years with research and development at Natick Labs, where at one point he was on the team that developed the “wind chill factor” and secondly, a more visible career as a high school sports writer, writing for the Times and the Transcript. For over twenty-five years Al wrote about the accomplishments of student athletes in al sports. Always highlighting the positive in his reporting Al emphasized acts of good sportsmanship and team participation. He won many local writing awards and one year won the Massachusetts Best Soccer Writer award.

Over the years, however, Al is probably best known to Needham people as the smiling, happy gentleman that is kind enough to take them to a doctor’s or hospital visit. For, you see for over twenty -five years, Al has been volunteering his driving to help those in need. By his own estimation he figures that he has made at least a thousand visits to Boston hospitals alone.

Widowed three times, Al has found strength in his church, Carter Memorial United Methodist and in his work through the years with the Community Council’s Widowed-to-Widowed program. He at one time had recruited from Needham and surrounding communities up to two hundred members for this program.

Although recently slowed by illness Al still finds time to recruit for the Retired Men’s Glee Club, where he says unfortunately he is welcomed more for his recruiting than for his baritone voice.

The Richard P. Melick Foundation is proud to present their 2002 award to Al Harrington. A person who simply enjoys doing for people.